2019---In like a lion, out like a train wreck---but I note the most viewed blogs of the year every year (based on hits), so here goes. Note: not one of these made the all-time blog most viewed. I must be slipping 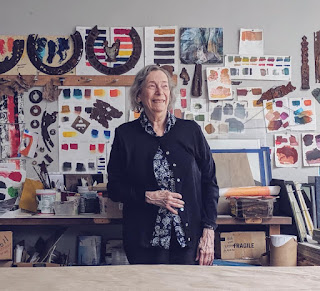 This isn't a eulogy, nor is it meant to be. Marguerite Gager died today. She was an artist, a teacher, the daughter of Italian immigrants. She was my mother.

What Marguerite taught me was that art is important. It was what she received a BFA in Fine Arts at Pratt Institute in New York during the fifties. She always made art. Her paintings were on the wall of our home, as well as some reproductions of classic arts. She had four children, seven years apart, and she still created. I was the fourth born, so I was often occupied with clay, water colors, pencils, pen and ink etc. I wasn't very good, in fact, think stick figures and obtuse perspectives. 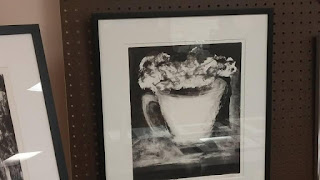 While in high school, I remember her finishing a short story on an old type writer, and the fact that short stories could be created, left a strong impression. There was always great, books at home, written by wonderful writers, but here was my mother making something out of nothing. Art and writing were something that she did, but it wasn't for me. Writing assignments in school were just writing what other people wanted. Hell, I couldn't be told anything, let alone pleasing others with words. 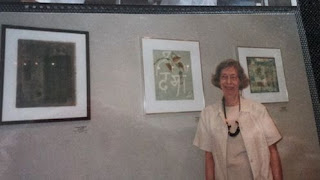 Then something horrible happened in my life when I was in my twenties and I needed to journal about it. I certainly didn't need therapy, and talking about it was not on my personal menu, so that was my outlet. I wrote every day for a couple of months, and then when I felt I was healed, I stopped writing in my journal. Then a week later, I found I missed writing, so I sat down and finished my first short story. But this isn't about me. 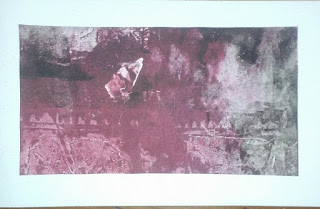 My mom wrote and continued to write all throughout her life. She submitted later on, and received some very encouraging rejections from very large, popular, and well know literary journals. Being rejected didn't stop her from continuing to create. She had a few poems 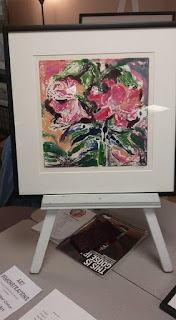 published, and some short stories were included in a journal from writers living on the south shore. She was a good writer. She hosted a poetry group for the residents of her elder condominium complex. Nothing too heavy, or about death, as these people are old she once told me. She was in a writing critique group until early last summer when she received her terminal diagnosis of stage four cancer.

In November I wrote a poem with my mother. She provided off the cuff thoughts, and sentences, and I crafted something out of them. We ended up with a poem which was quite meaningful to me.


Near Leaves and Light

Even the leaves were threatening.
The orange ones especially
when she saw, she shivered,
felt as if she could pluck
the light from the branches.

The noise deafening.
think about this, think about this
Thoughts more important than words,
in those thoughts, God is very near.
Then, there was singing.
-Marguerite and Timothy Gager 11/21/19

Early in December, as I sat by her at Harbor House in Hingham, where she received hospice, and began notes for this very post. Then it struck me that she could have a laptop and write while she was there...nothing new, just something to write on. She received this news positively, and I hoped to read something by her---but she didn't produce anything. I knew God was very near.
at December 25, 2019 6 comments:

As 2019 winds to a close, may all of your publishing dreams come through in 2020 and may all your challenges in life be minimal. Here's a list of what was published by me in 2019. I also continued to read fiction for Wilderness House Literary Review (click the link for ALL of them).

"The Four Kings of Harmony" November 1, 2019 Better Than Starbucks

"Inside the Mind of Brad's Therapist" July 31, 2019 The Very Best of Big Table Publishing Volume 2

"When I Found You in an Old Diary"
"Brookline Village at Night"
March 11, 2019 Anti-Heroin Chic