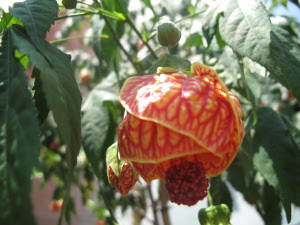 Back in April,  I told you how Referential Magazine worked when my poem "Falling for an Attached Woman" referred to a poem by Shane Manier.

To keep the chain going, Ben Pincus uses a  reference to Billy Collins, same as I did, in his poem Is There Hope For Me?

Someone will write something referring to Ben's at some point. Will it be you?
at August 22, 2011 No comments:

Red Fez Blog Talk Radio is a spin off of Red Fez Magazine, which I have appeared in and talked about HERE way back in May. Their radio show is usually pretty wild, so tune in and listen or call in at (323) 417-6786.
at August 18, 2011 No comments: 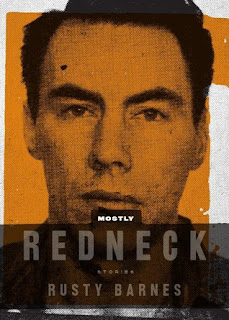 I’ve known Rusty Barnes for close to eight years and I previously have read every one of the stories found in Mostly Redneck. After absorbing the book cover to cover, my first reaction was how heavy the plots, the prose and the words were. Also, don’t let the title fool you, as rednecks are stereotypically viewed as unintelligent, Barnes is a word craftsman of the finest kind. Language, pace, place, conflict and plot are carefully considered within each story and I found myself comparing the author to writers such as Andre Dubus II and Raymond Carver, masters I respect greatly.

Story wise, if you can take a punch in the face and be able to brag about it, this is where it’s at. Teen pregnant lovers kill the fathers of their babies. People party and have sex in the woods. Scores are settled in complete beat downs. Women compete against each other for men and their own self-worth. Men want women that are unavailable or they hit the road and never come back, leaving others destroyed.

Two of the stories which stood out for me were “Rick’s Song”, where the main character, Jimmy starts a new life, one torn apart from a car accident, by taking a crappy job at a Chinese restaurant. The other story I loved was, “O, Saddam”, a fine satire, completely different than the rest of the book. (Note: The mostly in Mostly Redneck). Here, a tour guide in Boston becomes involved with Saddam Hussein, who is hiding out as a nut vendor. Barnes creates a brilliant display of humor and heaviness intertwined within the set up.

Mostly Redneck, packs a wallop and as mention full of excellent writing. The denseness of subject matter was in stark contrast to the physical length of the book (153 pages) and the smallness of the font which were both, in my opinion, too small for my want for more and my aging eyes.
at August 12, 2011 No comments: