The New Legendary out today with three of my flash!

I have quite a legendary history up at The Legendary. Since 2009 I've had five stories and four poems placed there. It's nice to know some good people, such as Katie Moore and Jim Parks, (the man nicknamed "The Legendary" by the state police of Texas, hence the name of this journal.)

This time the acceptance came from Jon Thrower, which is awesome because when editors change it is always nice that there is still room for my work

The story behind the three flash:

"Where Do They Bury The Survivors" -This one is mostly true. My late buddy, Paul Felopolous actually did save some people, when a cruise ship sank which he never told me about. The rest was me going off to the races.

"Full Moon"- It's a haunting moon and when you accept it, it's all about gratitude. This is a piece about sobriety, though it is masked a bit.

"About Shooting"- Is one of the grittiest pieces I've ever written. It may fit in handsomely in the series which I ask that question .  This one needs no hints but it involves pornographic films, drugs and dead ends. If this ever got filmed, it would be in the genre of noir.


Other fiction and by

Plus Katie Moore and John Hancock give tribute to Jack McCarthy

my dear god, we are all so small 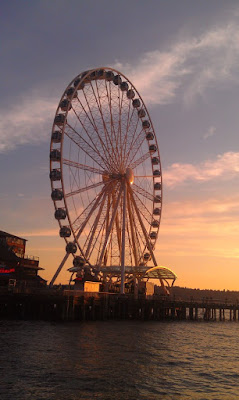 
There's something about death which brings us back to the little things not being important,  the big things being so and everything needing to be kept simple. "Just love each other" is the simplest common denominator, in my opinion, yet often I forget,  as there are so many battles in life, many of them stupid, some not so.

So Christy Marx. I'd not been in touch with you, my friend for six months and then I heard she was gone.

So here is something from the "way back machine", a poem published in The Blood Orange Review which seems appropriate today.

She also followed my writing, and would reference the poem of mine (below) often, as she did on the anniversary of my first year sober. (Maybe the only piece of mine she ever read?)

When I raised my hand
told a gray room the reasons I started drinking,
I wanted to start again immediately.
Told people, whose faces looked like
The End of the World, the truth.

Then I told them I would pour that girl
I had lusted for down like whiskey,
her lovely legs spread until they snapped,
so I could feel like I used
her, an orgasm, I gulped, which rained

down my neck like streams of veins.
Oh, I said I never used dope,
when I asked her for it
nicely, she said,  No,
she never would give it up,

just got up, waltzed out of my life.
So I begged: Please, God, stay with me
tonight, here in this basement. Please,
I can't picture heaven.

Your sense of humor was wonderfully twisted. It will be one of the things I'll always think about when I think of you. Farewell, my friend.

Further info on "Men in the Company of Women" anthology 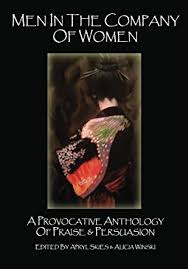 I wrote in October who was in it.  Now I'm going to give a few more details. This book is a 390 plus page monster, edited by Apryl Skies and Alicia Winski  is now available HERE, which includes two of my poems "Hope", "Losing My Best Friend to Heroin" and a flash fiction, "Their Own Planet".

In her forward Winski notes, "In ‘LOSING MY BEST FRIEND TO HEROIN’’
by Timothy Gager, the perceptions I’ve always held about men in general
as being emotionally impregnable were dissipated by stark words of
regretful and reluctant acceptance of a friend’s determination to self-destruct."