It's Bigger than Charles Atlas

Metazen (since today is Tuesday) published a story that I wrote with Elizabeth Rawlins called Bigger than Charles Atlas. The story is not at all based on this advertisement since Jesus has nothing to do with Charles Atlas, but there is a sand in the face reference.


We wrote it within personal messsages on Facebook. Metazen has also published such folks as Alexandra Isacson, Howie Good, Mel Bosworth and Jen Michalski.

Here's what they say about themselves: 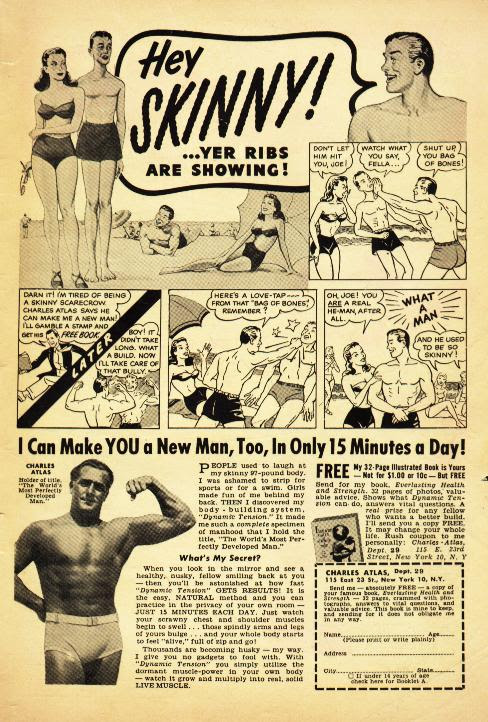 Screw Iowa is the name of a journal that published two poems ("these days I worry" and "Elementary Physics") of mine. Why is it called that? Find out here.   I think they are fantastic! 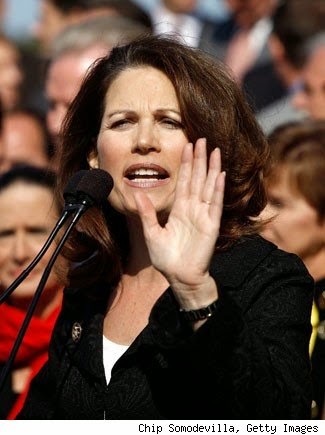 It's a great issue! You can read it here

It's interesting and helpful to my own writing to read as much fiction as is submitted. Here's the list of fiction works:

CD Collins - I Am Losing Everything

David Bulley - Confessions on The Verge of Icy Death

DeWitt Henry - A Tribute To “Tornado At The Club,” From Evan S. Connell’s, Mrs.Bridge (As Revised Into The Screenplay, Mr. And Mrs. Bridge, By Ruth Prawer Jhabvala)

F. John Sharp - Billy and Us

Jen Michalski - You Were Only Waiting for This Moment to Arrive

Kirsi Marcus - Nobodies in the Universe

Mitchell Waldman - The Widow Across the Way


Josh Howatt's Fault of Frangipani is the winner of our 2010 Checkov Prize
Posted by ctgager37 at 7:09 PM No comments:

I’ve been a member of SCRAWL: The Writer’s Asylum for six years. During that time I have completed six full length books or chap books and I credit SCRAWL for some of that output. Work-shopping at SCRAWL has taught me much, made me a better writer. There are many talented poets and writers within SCRAWL,  and these folks are tremendous writers.

Scrawl: the blog will give links, interviews, essays, poems and stories, and basically anything that has to do with the written form. From time to time you’ll meet exciting and relevant guest bloggers. This space will also serve as a “real time” Story Garden, the literary magazine that SCRAWL publishes at irregular intervals.

Our goal is to promote SCRAWL, our writing home, to potential new members who will join us (if they are serious about writing, and all that’s entailed in this critiquing workshop) and to share the talent of our private area of the web, to put it out into the mainstream for everyone to enjoy. I’m confident that they will.

Our current staff is Rusty Barnes, Ken Clark, Brad Green, Richard Lee, Kathleen McCall, Sue Miller, Tori Munn, Mary Corinne Powers and Elizabeth Rawlins. This group is an All-Star team and if you read their bios and their work, you’ll understand where I’m coming from.

Here’s some information about SCRAWL from one of our public pages.
Posted by ctgager37 at 7:24 PM No comments:

Some more stuff....JMWW Journal plus Six Questions for me.

Jim Harrington is running a blog which asks fiction editors what they look for in a story. It is interesting reading. Today his interview with me is up, but read them all, it's a great guideline for improving your acceptance rate.

JMWW has their Spring Issue out today. And it's all flash fiction. It includes my How to Give Dating Advice as a State Social Worker.

Here's the full line-up. My compliments to editor David Erlewine:

The Price is Right! 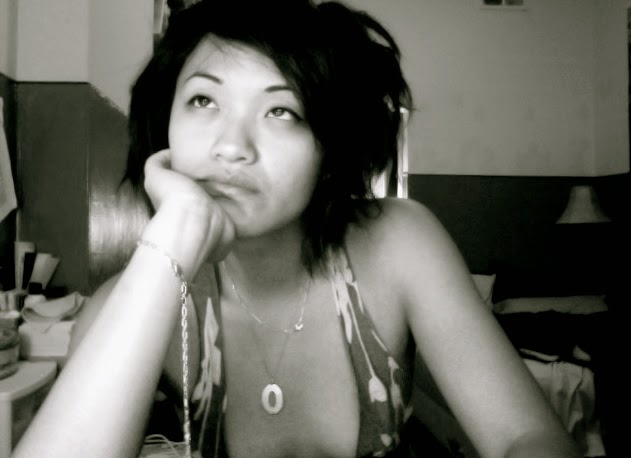 My friend, the incredibly lovely,  Molly Gaudry, was rejected from an MFA program and found herself broke-assed and down in the dumps sent out a message:

* For $1.00, I WILL WRITE YOU A POEM and post it here and on our friend, Facebook. * So here is mine for that ridiculous cheap price.

A Wanderer Plays on Muted Strings

What no one knows about old Knut Hamsun
is how handsome he was. Poverty was pretty
when Knut wore her, and like a corner whore
she claimed him as her own--hungry sultress.

Outcasts, vagabonds, aggression. Melancholy
resignation. The themes of his life and work,
according to Nobelprize.org. The Intellectual
Life of Modern America is a rare, gone thing.

Hunger is not. We know it now in every sense
of its belly-aching, tongue-tensed clinging
ringing, hollowed, as whatever pride we had;
I do not lie. Nor do you. We know this, right?

Like that childhood Pan, like that garden, risen
and Grown of the Soil, like a funny Game of Life
with no Sunset because, Under the Autumn Star,
there is a different view, offered by A Wanderer

[who] Plays on Muted Strings while all around
The Wild Chorus, the Children of the Age, the
unhappy inhabitants of Segelfoss Town and their
many ragged Vagabonds, every August, remind us

that if we take it The Road Leads On, and if
we don't The Ring is Closed to those who refuse
to climb in and fight at the height of their sorrow,
their sagging, aging faces power-limned with rage.

Out of the Blue Art Gallery

Out of the Blue Art Gallery

The theme of the evening will be "Me, Myself, and I: Stories of Solitude, Solipsism, and Individuality,"

2. Why Fiona Helmsley has her name.
3. When the Kindle is good to electrocute yourself?
4. Why have porn on the kindle when you can already see it on your watch?
5. The official way Amazon ratings are like NFL quarterback ratings and how to spend all your money to get your book rated #12 for five minutes.
6. Marketing of books and how setting up flame wars on-line can sell them.
7. When you might say, "Don't do me any favors by buying my book."
8. SST Records and how getting Henry Rollins to submit to AITPL series would increase sales.
9. The official listener count being 17 and if they all buy the book none of the money will go to charity.
10. Insights to our stories included in Air in the Paragraph Line.
11. Why Super Salad doesn't suck.
12. Are Pushcart nominations sad?
14. Jon Konrath's "My Friend the Jihadist" is based on a real life terrorist that Jon had been in contact with over reviews of the band Slayer. The FBI contacted Jon about him.
15. John Sheppard's dad building a house with no right angles.
16. Pete Townsend's research and how it may be used for a theme for the next Air in the Paragraph Line and about other themed issues.
17. Frequent rude interruptions to actually sell the book. How could they!
Posted by ctgager37 at 12:07 PM No comments:

You can listen in (either live or listen to the archive later) at the following URL:

We are having a web teleconference event - a chat with several of the
Air in the Paragraph Line #13 authors. We'll be chatting about our
stories, our other writing, and what we'll possibly do with our lives
now that the Olympics are over and we have nothing to drunkenly blabber
about for another two years.