Four Poems in The Legendary 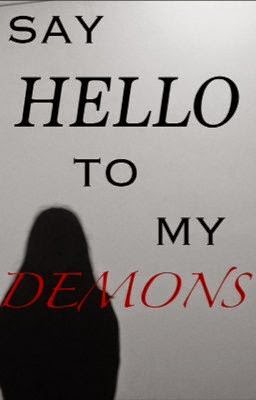 The editors of The Legendary have treated me well. They just published four of my poems for their August 20 issue and in the past they've published three flash fictions, one which sparked the idea for the novel I'm currently working on (The original flash was nominated for a Pushcart Prize). Thanks Jim and Katie!
at August 22, 2010 No comments:

Drunk Poem Series from Scrawl--Mine and others

Over at Scrawl we talked about "what we did when we are drunk" in our bulletin board forum. Some funny and reflective things were said.

"Sometimes I ride my bicycle. That's one of the funnest things ever. It's like flying."

"I think my mother speaks to me sometimes."

"I pretend I have an Irish accent, and it's totally awesome."

"Judging by the way I'm typing, I'd say that the thing I do most while drunk is typo (but I love the backspace/delete key). Silly me. I have boob photos too, somewhere... but I don't think I'm there just yet."

"I think I've been drunk less than 100 times and 80% of those times were between the ages of 20-24. Admitting what I did when drunk then would make me blush -- but while what I did was most likely stupid/dangerous/illegal, I sure had fun. Now if I get drunk I have to force myself to fold middle pair behind a big raise."

"I don't actually drink. I just volunteer to be the DD so I can be entertained by those who do drink."

This led to some poems which are being featured at Superpants: The Scrawl Blog. Here's mine below: 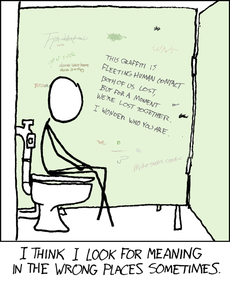 When I'm Drunk I Think About Phoenix


The time I just drove there
with an American Express
in my pocket but no coin
for a pay phone I found
by accident, a sunny bar
with green velour drapes frosted
with dust, must be dumb luck
Ma Bell’s out of order

when I flushed the change lever
the coins poured out like this story:
just me and the bartender; lonely,
she laughed

when I paid for two Budweisers
with dimes, smiled, said,
a few more pulls and tugs here
I’d never want to leave
at August 16, 2010 No comments: 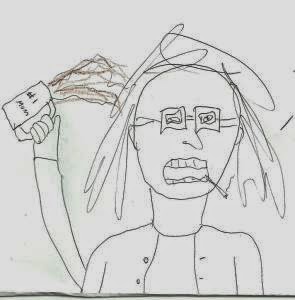 Of course if you're a regular reader of this blog, you know everything that's on LUW about me anyway. Take a peak, there are stories and poetry links posted, perhaps something you forgot.
at August 10, 2010 No comments:

What can you do in Six Sentences?

You can get a story published in their anthology where each and every story is exactly six sentences in length. And you can buy it here.
at August 03, 2010 No comments: