MFA writing program at University of Arkansas, Monticello reviews Every Day There Is Something About Elephants

Gravel is an online journal of art and writing published by the MFA program at the University of Arkansas at Monticello. We seek poetry, fiction, creative nonfiction, and flash prose that is descriptive, evocative, and makes us shake our heads in wonder. 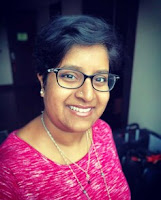 The review was written by Renuka Raghaven  who is the author of Out of the Blue (Big Table Publishing, 2017), a collection of poetry and prose, who I've read with multiple times and was a feature at my final Dire Literary Series.

The review, if you are too lazy to click 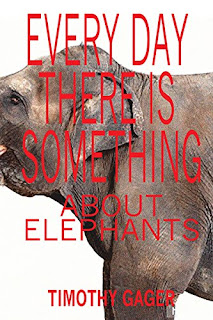 Everyday There is Something About Elephants, Timothy Gager’s latest collection of 107 skillfully crafted flash fiction, is not the kind of book you settle down with for a night of easy leisure reading. This is the book you read to be blown away, to be left with a feeling of, “I can’t believe I just read that.” Be forewarned: this collection will give you the feels…all of them. Perhaps that’s because not a single story within this collection can be cast aside as a throw-away or be considered irrelevant to the collection as a whole. The stories resonate with prose as keen and sharp as the lunch lady’s I.V. needle in “What You Dream About.” Watch out!
​
In “Action Figures”, famous writers make cameos as apathetic dolls looking in on a pair of siblings, one of whom, is undergoing chemo. In “How it Went Down,” a story of nine lines, an entire relationship crumbles before our eyes. In “Multiplicity,” we witness rough mercy delivered by a recovering alcoholic father. The story—like many in this collection— is not quite a full page in length, yet it’s written with concise wisdom that celebrates humanity’s flaws and blemishes, while articulating pain. Expressing emotion of this magnitude with extreme economy of words, is by far, Gager’s most adroit faculty.

Everyday There is Something About Elephants is not a collection of stories, you’ll soon forget. That’s because the author, Timothy Gager, is not an author whom you’ll soon forget. Gager has a talent, or more accurately, the moxie, to write without pretense, without artifice, and most importantly, without boundaries. As you read each story, you’ll find yourself thinking, “Wait, is he really going to go there?” The answer, much to a reader’s shocking delight, is always yes.

Rose Holliday Campbell's son shares her artwork with the world, posthumously.
J.E. Crum takes us on a journey filled with self-discovery.
Christy Lorio takes us to the swamp.

Chris Milam searches for a smoke.
Kelsie Shaw contemplates past and present conditions. 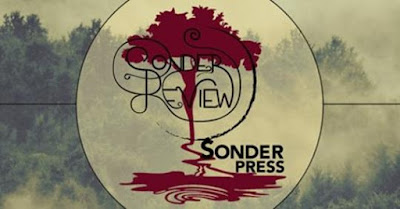 Do you know Jack? Jack is a story from Every Day There is Something About Elephants. I'm honored to announce that Big Table Publishing's boss Robin Stratton has nominated Jack to be considered for The Sonder Press/Sonder Review's Best Small Fiction Anthology.

The other nominees are:
Meg Tuite: Today Her Legs Gave Out
Nancy Stohlman: My Past Life Self Won't Stop Following Me Around the Museum
Jane Banning: Asparagus Roots.

A poem in Nixes Mate Review, an ode to University of Delaware food service.


and below: The Story Behind the Poem


When I attended the University of Delaware, I have to admit, the food was pretty good, plus you could have all the milk you could drink. They, at food services, used to trick us; it was always good-good (choice of london broil or shrimp newburg) or bad-bad (fried fish or cheesy spinach squares). This way there wouldn't be a run on the one good choice, leaving only the bad choice for the late-comer. Lucky for me---I loved cheesy spinach squares, simply adored them, but there was a lot of groaning and complaining on that particular night.

There was also a lot of dining hall high-jinks we were involved in. First of all, who said there is no free lunch. We pulled it off all the time.  To enter a dining hall, you had to show your meal plan card to the person sitting at a small desk at the entrance. We found if we surrounded the desk with legit paying students, your friend without a plan, and shit-house broke,  could sweep on in, behind the screen. (see diagram below---you and your friends are numbers 66, 70, and 15. The nonpaying guest is number 45. Where CB is, and for simplicity, let's call it Cheese Burger,  is where the food line was located. 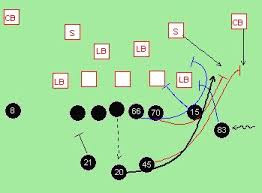 The Student Center Dining Hall, my favorite hang, was decorated with large black-and-white foam core posters of Hollywood Stars of yesteryear on the wall. You know, Frank Sinatra, Lucille Ball, Errol Flynn, Dean Martin, Bob Hope and of course, Rin-Tin-Tin.
Rin-Tin-Tin?
Yeah, the amazing dog hero. In his poster, Rin-Tin-Tin's  photo had his mouth hanging wide open, and we found if we launched butter pats toward the target, if you were lucky, they would stick to the poster. It was kind of like darts---and we would keep score for the pats in or closest to Rin-Tin-Tin's mouth.


Other ways we would keep ourselves amused was to deliver coffee to all our friends, which evolved to asking strangers, on our way up, if they too, would like a cup. The hot coffee would be stacked--cup, saucer, cup, saucer etc. and we got very competitive about the number of cups we could deliver.  Joe Kostecke stacked and delivered twenty-two cups at one time, which was, and is probably the world record. Even more outstanding was he had to dodge balled-up napkins that people were throwing at him. The next day, he dropped twenty-three and we were forced to stop by the authorities.
Less dangerous pranks involved salt-shakers. If you dumped out the salt and filled the unit with milk, well, milk would pour out, right on someone's fried fish. Also, if you made a little pouch from a napkin, beneath the shaker top, and filled it with hidden pepper---then, surprise, pepper would come out instead.
Another less dangerous prank involved always buying helium balloons (sold conveniently at  the Student Center) on fried chicken night. Then we would tie pieces of chicken to the balloon's strings and float them around the dining hall. The air-vents above the diners would sometimes force the balloon/chicken to dive bomb an unsuspecting student.
Perhaps we were a bit of a menace, and the more serious students would be annoyed by us, but the bottom line was that we were very typically immature students having fun,  and  perhaps we were on something, but to me, it was all damn hilarious.