I'm in Fried Chicken and Coffee

Word of the week is "old". The old year is soon to be gone with a large amount of work published within it (22 stories, 28 poems, 2 works of non-fiction) . 2010 gone with a lot of old things, old habits picked at and examined.

Here's the story The Old Place published by Rusty Barnes in Fried Chicken and Coffee.

I dissect my story from Smokelong Weekly! Everyday There is So Much About Elephants.

READ IT HERE:  Everyday There is So Much about Elephants.

Now to the promised dissection: The story is titled, Everyday There is So Much About Elephants because the week I wrote it conversations and references to elephants were occurring at an abnormal rate.

Here's some specific lines and why they got placed in the story:

I have many friends whom champion causes. This was the week Jess Barnett and Laura Kiesel both happened to mention this fact.

The paragraph this appears in is a set up and perhaps totally written for that cheesy punch line. Art imitates life. If I'd used all the jokes from that link I think the story would have turned out different.

These line were spun off an old poem of mine. "Hearing Voices"  appeared in We Needed a Night Out and in the  63 Channels Fall-Winter Print Issue. The anniversary of John Lennon's murder reminded me of this poem.


The job paid well but when the company had a Team Building Exercise at Ringling Brothers and Barnum & Bailey Circus my boss introduced me to Billy Barnum, a friend of hers and a poet.

Billy Barnum exists in this capacity. He has ties to the circus He's also friend of mine.

Perfect opportunity to note the ignorance of this character.

On Monday night I watched "Fatal Attractions," the show on Animal Planet where people raised exotic animals that grew up and killed them. That night it was about someone that held a baby elephant named Sophie

I'm a little obsessed with this show. There is NOT an episode about an elephant named Sophie. Sophie is the name of the pet rabbit owned by my children.

It was interesting timing because usually people were fired on Fridays. That's why suicide hotlines were their busiest before the weekends. If you're fired during the week there was a better chance you'd come back to the office with a gun.

I learned the fact about suicide hotlines from Ned Vizzini when I read with him in November. Ned wrote that in his fantastic book, It's Kind of a Funny Story when the protagonist is being screened for a psychiatric hospitalization on a Friday.


"I'm buying this gun so that people won't forget me," I said. In life, people aren't good enough. They'll light candles. The elephants won't forget anything.


It's good when the last line wraps it all up. I'll wrap this up by saying, "Thanks for reading!"

Closure (the story) at In Between Altered States 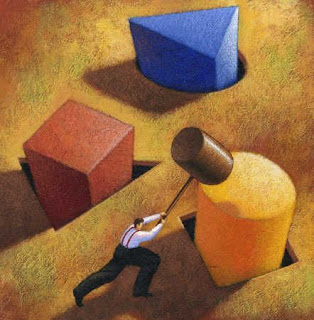 The year ends and In Between Altered States publishes something of mine called, "Closure" which means I have to explain that it's a story in metaphor rather than a statement about the end of the year or about any incident. Oh good, I think I just explained it.
Posted by ctgager37 at 1:25 PM No comments:

Email ThisBlogThis!Share to TwitterShare to FacebookShare to Pinterest
Labels: love in a hospital

"We Measure All This Distance in Longing" , October 13, 2010 The Blue Lake Review
"A Dedicated Customer"

"Lovemaking Advice From A Serial Grape Eater"
"An 18 Year Old Searches For Her Soul"
November 20, 2010 Polarity

"Unwelcome Guest"
"We Are Not Talking"
"at eleven-fifty-nine"
"About Alison"
August 20, 2010 The Legendary

"Comfort Food Menu from the Emotional Café" (written with Elizabeth Rawlins)
May 27, 2010, McSweeney's

"April Ends"
"Here's to your new life and Those Who Didn't Know You"
January 7, 2010 Istanbul Literary Review


"The Truth in Fiction and why you always hurt the ones you love"
June 9, 2010, Screw Iowa

Founder of Web Digest Weekly has some nice things to say.

I'm honored and humbled that in his blog, Monday's Author, Carey Parrish has some very generous things to say about me. Read it HERE 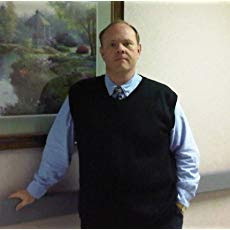 Carey Parrish was born in Dalton, Georgia. He attended Southeast Whitfield High School, graduating in 1985, before first pursuing a career in nursing. After traveling quite extensively during his twenties and early thirties, he began to use the experiences and adventures he had globetrotting to fuel his ambitions to become a writer. He began writing professionally in his late thirties, shortly after the death of his maternal grandmother, an event he credits as "the single most life changing event in my experience," and he was soon selling articles to British based reFRESH magazine as well as in American publications such as JL Foster's Within His Castle, Entertainment Weekly, Crime Rant, and various other magazines, both in print and online.


In 2006, Parrish founded Web Digest Weekly e-magazine. After being involved in various writers groups online, he was very impressed with the talents of his many of his peers and he wanted to develop a forum through which they could reach as many readers as possible. Web Digest Weekly was an immediate success, due to his first interview guests being bestselling horror novelist Rick R. Reed and Susaye Greene of The Supremes. The e-zine is currently approaching its third year of publication and attracts over 100,000 hits per month. Other notable guests on the site have included musician Jim Brickman; bestselling author Barry Eisler; Survivor winners Ethan Zohn, Jenna Morasca, and Aras Baskauskas; The Amazing Race winners Alex Boylan, Chip Arndt, and Brennan Swain; astronaut Mike Mullane; and celebrity biography writer J. Randy Taraborrelli.


Parrish is the author of the books Into The Light: Experimentations In Poetry & Prose, the short story anthology The Moving Finger Writes, and the novel Marengo. He attributes his success to "taking all the things that were wrong in my life and replacing them with things that were right." He presently resides in the mountains of Northern Georgia