Grand Slams now has a mix tape--music from the pages of a novel. 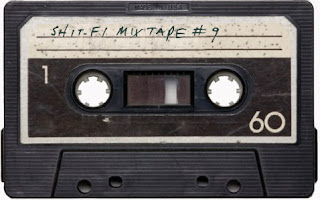 Whether it's Woody Geyser's "punk" music, Maloney's mainstream, Marisimo's Dominican love songs, Debbie's Cowpunk, The Boston Pops Fourth of July,  Sugar's country music,  music from the Grand Slams' dish room Top 40 or their Muzak piped through their restaurant speakers--all these styles make their appearance within the pages of Grand Slam. Consider this a mix tape that you can play while reading. Perhaps someone who gave it to you likes you, because if they smile...

Hope you'll all rock the book! 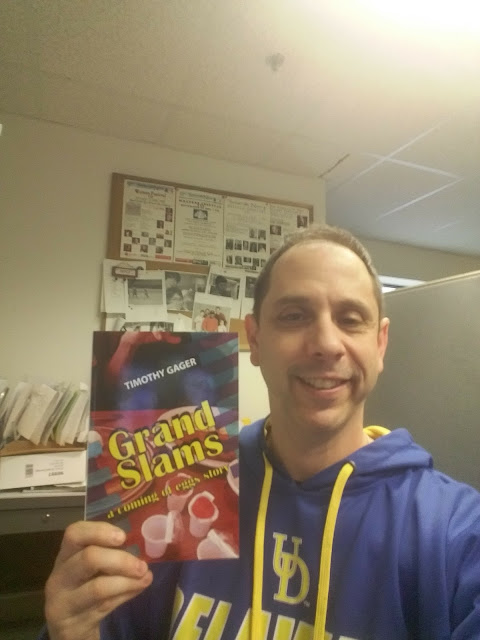 This is not and never will be the soundtrack, holy shit.

The story behind "They", which appears in November's issue of Flash Frontier

Flash Frontier is a flash fiction magazine who describes themselves on their webpage, and I'm very happy to be appearing within.

Flash Frontier: An Adventure in Short Fiction began in 2012, in the far north of New Zealand. We have been building a community of short fiction writers, one story at a time, ever since.

Our early issues were focused on New Zealand writers. In 2013, we went international. Our current schedule includes two issues per year that are New-Zealand-focused (in 2016, April and November), while the rest are international.
We publish stories up to 250 words, with a special issue each year featuring National Flash Fiction Day’s winning stories (those exceed our usual 250-word limit, reaching to 300 words).
Issues appear bi-monthly, in February, April, June, August, October and December, plus the July NZ National Flash Fiction Day special.
Each issue follows a theme. Themes are posted under our Submissions guidelines.
The theme for November was "Birds" 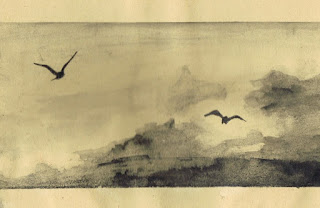 I had in my files, a short story titled, "They" which was about 2000 words which had been rejected multiple times. The long version had a lot of background between the mother and daughter, the brother as protector and a very involved metaphor regarding the Bonaparte Gulls. Here's some of the 1500 words which were edited down

Michigan had long winters and there were none longer than the ones Tracey and her brother were stuck inside the house of their parents, with mom and dad were on never ending benders. Their only buffers from the atypical days, were each other. They never could invite people over. Tracy and Tyler loved going to their homes, to be protected from their parents’ anger. Those kids looked for friends like Tracy and Tyler. They were the ones who needed their own buffers. They.

I scaled back and re-worked most of the piece, to fit their guidelines and  "They" was accepted by Flash Frontier.  Click the link to read it and watch the Bonaparte Gull inflight.


For the rest of this fine issue:

Boston Small Press and Poetry Scene has been reviewing books since 2004. The site was founded in 2004 by Doug Holder. It is dedicated to reviewing books of poetry, non-fiction, fiction, as well as featuring interviews of poets and writers. Mignon Ariel King, a talented Editor, Writer, Poet and Publisher (Tell-Tale Chapbooks) sunk her teeth into Grand Slams and her review left no room for dessert. 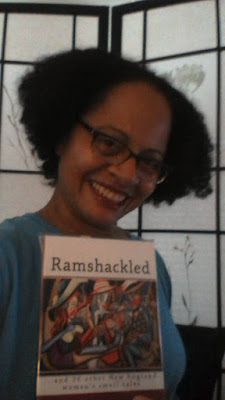 The first thing one notices in Timothy Gager's Grand Slam: A Coming of Eggs Story is the Holden Caulfield-like anti-hero protagonist Woody.  There is an ensemble of characters in the novel who make up the staff and management at a chain diner, Grand Slams, and Gager deftly weaves their backstories and inner lives into the fast-paced narrative.  Despite the often more bizarre and troubled manifestations of the other diner workers' lives, Woody is clearly the focal character.  Woody is a young almost-man who is emotionally distressed and unfocused.  He is in an emotional and social limbo a year post high school, and still living with his parents, yet he is focused enough to seek and find work over the summer break from college.  The two characters who are also Woody's age are working their part-time diner gigs around college schedules, would-be college schedules, and pre-career funks.  It is unclear at times whether the trio have any clear plans.  They do, however, have dreams and passions, the passions often misdirected.  Of the three, Woody is the most attuned to what is going on around him, very invested in how other people's lives are turning out, whereas Sugar and Bobby are just going through the motions, enduring their surroundings and coworkers.

Woody's mother (Mrs. Geyser) attempts to monitor and guide; his father, a political progressive who named his son after Woodrow Wilson, grumpily tunes out his family to focus on favorite television shows.  A comparison is drawn between Woody's father and his "work mother," Maura.  Maura is fifty-something and seems plunked in the diner with her crumply stockings and middle-aged wide middle; Woody's father is plunked in his living room in a Michelin man body.  It is no wonder that the Grand Slams "work family" is so dysfunctional with Maura as its matriarch.  She keeps things moving, but she emotionally detaches from everyone at work to go home to nobody after she picks up her check each week.  Maura left her daughter behind for a better life...perhaps, but really her life is only simpler, uncluttered by the needs of others.  She has no suitors, no girlfriends, just her job and subtle dreams of making more, having more, materialistically speaking.

Most of the low-level workers in the diner are more invested than their superiors.  Keating, a nasty bastard of a boss, does as little as possible while screaming at his employees, most notably emotionally abusive toward Kayak Kenny, a developmentally challenged bus boy who fantasizes about buying a canoe.  Kenny believes girls will fall in love with him if he has a canoe, swept up in the romance of floating on the pond with him.  Keating floats on cocaine and a rather sleazy sex life.  He sweeps women off their feet with the lure of free drugs.  Sugar is the diner's beauty; she is lusted after by every man who comes within reach of her pretty, pony-tailed, short skirt- and cowboy-booted beauty.  More power to the male author who makes Sugar one of the most intelligent, focused, compassionate characters in the book.  Her flaw is pathologically bad taste in men.  She has a small life and thinks small, but she evolves and matures faster than her age-appropriate male interests.  Sugar's introspection leads her away from the sweaty, portly, mustard-stained tie and rumpled suit grasp of Keating.  Her next conquest is a socioeconomic upgrade, Sayid, an Egyptian man who is too sexually repressed (for religious reasons) to use Sugar as a sex object.  He courts her, and this is obviously something to which she is unaccustomed but which she grows to realize she deserves.  Meanwhile, Woody pines for her from afar, as he did in high school, while being her platonic friend.

There are standard types throughout the narrative. Marisimo, the half-blind ex-boxer with cauliflowered ears, is less than fluent in English and over invested in his dishwasher job.  Dyed-haired Bob, the transplanted new boss, could not care less about anyone who works for him; he re=trains the staff with an iron fist.  Woody resists the ridiculous, superficial changes in a hilarious sequence of passive-aggressive actions, such as hiding the clip-on bowties.  Even the chilly Maura begins to warm up to coworkers as her career waitressing is challenged by the new regime.  She at least is proud of her work and her 20-plus years' commitment as the company girl.  The last romantic hope she had divorced then paired up again without noticing Maura's romantic hopes for him.  Maura is a bridge between the detached elders, with their selfishness, rigor, and paternalistic actions only in the condescending sense, not in any way caring about role modeling for or promotion of the Grand Slams staff.   The three young characters are not slammed over the head of the reader, and Gager manages to use character typecasting without making the characters seem wooden, stiff props in the narrative.  In fact, the characters are so realistic, and subtly nuanced with uncharacteristic personality traits as well as those expected, that the reader is frustrated by wanting to hug or slap them.  Throughout the novel, the almost-adults keep the momentum going in the midst of the socially odd and borderline tragic, invested adults.  How will this trio grow up while surrounded by infantile, base, or simply lost adults?  The reader is invested by the third chapter in finding out.