Bagels with the Bards, Anthology 5

My poem, A Girl in A Loft is included in this fine Anthology put together and including poets from the Bagels with the Bards meetings on Saturday mornings, in Somerville, Ma. It has an introduction from Boston Poet Laureate Sam Cornish, as well as notes from the founders Harris Gardner and Doug Holder. Julia Carlson edited this edition, and Steve Glines designed and published it through the ISCS Press

You can purchase a copy here. 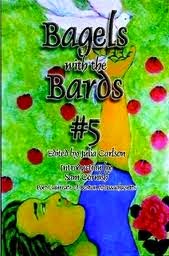 New Poem on Curbside Splendor and how it got there. 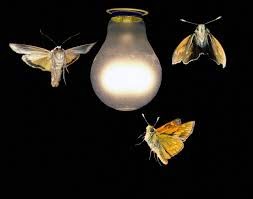 Once upon a time, R.A. Miller started Arriviste Press which published Will Leitch's, Life As a Loser. After I set up a reading with Will, Mr. Miller  enjoyed attending the Dire Literary Series so much that Arriviste became a sponsor. (They made a sign that hung behind the readers and bought beer). As what happens to many of the small press independent publishers, Arriviste folded four years later.

Years later, a friend of R.A. Miller's, David Victor Giron asked him his advice in starting a press of his own. R.A. told him not to do it. David started Curbside Splendor anyway and being true to his friend, Mr. Miller asked me to submit something and a poem called Like the Moths in the Light was accepted and published by Mr. Giron.

David Victor Giron will appear at Dire Literary Series to promote is own book in November.
Posted by ctgager37 at 7:53 AM No comments:

A plate of food, music and three features all for $8!

$8 DONATION includes a plate of food (dogs and burgers), music and readings. How Punk Rock Saved My Ass, will be on sale.

Michael Schiavone has been writing professionally since 2000. A graduate of Dickinson College and Motorcycle Mechanics Institute, Michael has worked as a stockbroker, a web content editor, a bartender, a teacher, and a lot in between. Currently he works as an Emergency Medical Technician and a Day Trader (read: gambler).

After spending many years in San Francisco and Santa Fe, he's now returned to New England where he lives on Cape Ann with his wife, son, and three dogs. When not writing, Michael practices mixed martial arts (gets his ass kicked) and obsessively cleans his house.
His first novel, Call Me When You Land, is forthcoming from Permanent Press in 2011. His story collection, You'd Be Crazy Not to Love It Here, is represented by Barbara Braun Associates, Inc.

Currently he's at work on his next novel, Drive-Thru Redemption.


George Wallace Based in New York and a regular on the performance scene, George Wallace -- author of eighteen chapbooks of poetry -- tours nationally and internationally to read his work at cafes, universities and festivals. A trained musician as well as a master poet, he has performed from the Bowery Poetry Club to Carnegie Hall, from the Beat Museum to Woodstock, from Boston to Fort Lauderdale, and from the Dylan Thomas Centre to Shakespeare & Co, Paris and Cindy Sheehan's 2005 protest encampment in Crawford Tx. He appears frequently in the United Kingdom from Cornwall to Cumbria and London to Liverpool, and has read in Italy, Ireland, Denmark and Greece. And he's appeared at many festivals across United States, from the Woody Guthrie Festival, Lowell Celebrates Kerouac, Howlfest and Kenneth Patchen Festival to the Insomniacathon in Lexington, Kentucky. Praised for the 'Whitmanian breadth' of his voice, and his distinctive merger of bop prosody and surreal commentary, recent years have seen Wallace on stage in collaboration with musicians or on the card with them -- a list that includes David Amram, Thurston Moore, DJ Spooky, John Sinclair, Paul Winston, Joan Baez, Steve Earle and Levon Helm. Among his associations are such Beat, Post-Beat, Progressive and Alternative figures as John Cassady, Steve Dalachinsky, Ira Cohen, Peter Max, Charles Plymell, Janine Pommy Vega, Andy Clausen, Antler, Bob Holman, AD Winans, Donovan and others.


Chestnut Growler reading from How Punk Rock Saved My Ass.

Our newly published anthology. A world wide collaboration of authors influenced by the cultural storm called "Punk Rock." For some it was a shelter from youthful angst, for others, an artistic outlet, or a way to rage, but all agree that it changed their lives forever. This book comes from the voices of bakers, computer geeks, performance artist, poets, writers musicians, parents and more. You'll never listen to a punk rock song again the same way after you read Punk Rock Saved My Ass.
Posted by ctgager37 at 10:54 AM No comments:

New WHLR Summer Issue up and ready for reading

Leonarda Boughton is a local Boston artist involved in many different
facets of art, from painting to design and education. She studied at the
School of the Museum of Fine Arts in Boston and Boston University. She
began developing her artwork in Mexico where she lived for 7 years. Now
back in the US, she continues to exhibit and teach- both nationally and
internationally.

Our fiction editor loves Anton Chekhov and despairs the notion that there are no latter day Chekhovs submitting works for his consideration. This is not to say that the work he receives isn’t excellent … it’s just not Chekhov. To that end WHLReview announces a new prize for fiction to be called “the Chekhov Prize.” A google search reveals several other Chekhov prizes with cash. Alas we’re not offering cash. We will look for a bearded bobble-head doll. In the mean time we have T-shirts with the Chekhov Prize logo available. Just click on Chekhov's head.
Our fiction editor Timothy Gager has a new book out: Treating a Sick Animal. A sample from this book can be found here. Our editor & publisher, not wanting to be out done, has a new chapbook too: Opuscula.
We are going to test a new section. It may be transitory or it may become a permanent part of WHLR. You decide:

John Hanson Mitchell continues his saga in The Bear, Chapter 4.

For your reading pleasure we offer an outstanding collection of short stories: 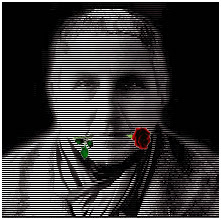 Our poetry editor, not wanting to be outdone by our fiction editor is pleased to announce the Gertrude Stein "rose" prize for creativity in poetry. Anyone published in Volume 3 (and beyond) is eligible. We don't have any idea what the prize will consist of - a t-shirt for sure. Perhaps we can find a Plaster of Paris bust of Julius Caesar, put a rose in its mouth and decorate it to look like Gertrude Stein. In the mean time we have T-shirts with the our rose prize logo available. Just click on Gerturde's head.
Our poetry editor, Irene Koronas, also has a new book out: Pentakomo Cyprus

We start with an Epic Poem:

We have a remarkable lineup of poets, enjoy:

Poem in the gutter again. Gutter Eloquence, that is!

Gutter Eloquence is an up and coming electronic journal which I believe picks up where recently folded Pindeldyboz and Zygote in my Coffee had left off.

The poem, Recipe for a Great Poem graces the new issue of GE.   It was written poem for poet Ken Clark, who is not "well known" but whose talent is highly admired. Look for Ken's book from the Fried Chicken and Coffee Press who promises that the book will be aesthetically beautiful both inside and out.
Posted by ctgager37 at 7:48 AM No comments:

Summer Reading, from the WBZ show

It was great appearing on Jordan Rich's show on WBZ radio. He's an experienced and generous host---a total icon. I wish I had the audio, but, here's the booklist. generated from last weeks Jordan Rich Show. 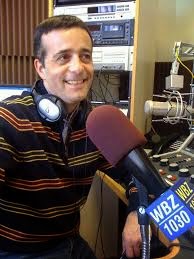