Coming fairly soon: A whole lot of things--a book, an anthology and Nadine Darling takes over Dire for a month!

Ah, yes The Match Game for a book release! 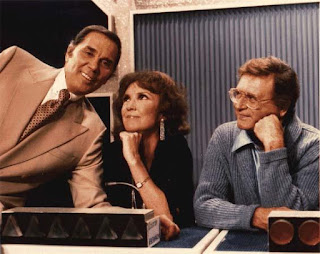 Let's start with the different Dire, the literary series I've run every month for 14 years. When Nadine Darling, author of She Came From Beyond! asked to take over my series, for her book release, I said,
"Yes!"

I don't think I'd allow a takeover for anyone else but Nadine, as she is a friend of mine who I've workshopped with and who I read to overcome any writer's block I may be having. The cadence of her work opens creative cadences in my own brain, if that makes any sense.

So we decided to make it fun. No open mic, with giveaways, the game show and a segment using Talk Show format, interviewing Nadine and Sarah Blake, poetess author of "Mr. West".  There will also be a big screen with old commercials, live commercials, which will be improvised and various sound effects. Rumor has it that another poetess Teisha Twomey will appear as Vana White to keep the Match Game scores and I will play Gene Rayburn AND Irv Muffin (Merv Griffin)

2. "Grand Slam's: A Coming of Eggs Story" went through it's second edit. This one, a bang up job, by Cheryl Devitt after Rene Schwiesow had the difficult task of looking at "raw data" of a second draft. I feel pretty good about this book. Look for it in 2016.

3. The anthology, co-edited with Rusty Barnes(mentioned last week) featuring submissions from any­ 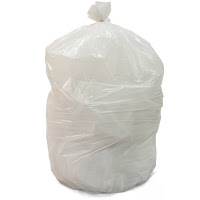 one who thinks they have some­thing to say on the sub­ject of white trash, those who know oth­ers well enough to impress us with that knowl­edge, and with par­tic­u­lar atten­tion to those who have been iden­ti­fied or self-identify as white trash.

It was a long time ago Rusty Barnes and myself talked this one up. How long and how? I don't remember. 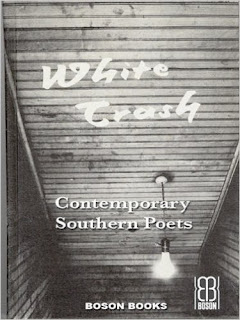 We may have been speaking about this little old book, pictured to the right:

Still, I don't know. I don't remember. I also don't remember where I put my keys either or for that matter, my wallet and I'm having a difficult time remembering people's names or money I owe them or money they owe me.

So how are we going to define what should be submitted. The early definition is HERE.

All we know is that it certainly not going to be white folks or trashy folks only. I also know that submission guidelines will be coming soon. Definitely poetry and most likely fiction under 1500 words. Knowing Rusty, this anthology is going to be solid writing and even if the theme sounds limiting, it'll branch out past the creative boundaries that people might expect. In other words, it won't be the same old shit.

White Trash: An Anthol­ogy, is an attempt, through poetry and short-short fiction–1500 words or fewer–to human­ize those mem­bers of Amer­i­can soci­ety often called white trash or red­necks, one of the few remain­ing sub­sets of indi­vid­u­als it's OK to ridicule and stereo­type. We invite sub­mis­sions from any­one who thinks they have some­thing to say on the sub­ject, those who know oth­ers well enough to impress us with that knowl­edge, and with par­tic­u­lar atten­tion to those who have been iden­ti­fied or self-identify as white trash.

Well 2016-2017 is a long ways away. What can you do now? You can like the Facebook page, check back and wait for the submissions to open.