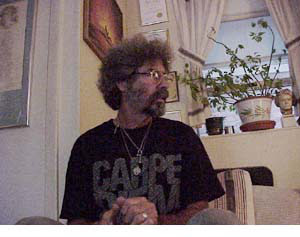 Poems were more than just words on a page for Jack Powers, who believed that verse needed to be freed from the confines of musty books and the stuffy halls of academia.

Mr. Powers, who died Thursday in the North End, founded Stone Soup nearly 40 years ago. Young and old, beginners and accomplished writers, the ever-changing collection of Stone Soup poets met every Monday night to recite in a series of venues before an attentive audience that was not above voicing its opinion. The readings gained a national profile as he persuaded poets such as Allen Ginsberg, Lawrence Ferlinghetti, Gregory Corso, and Robert Bly to participate.

The performances, Mr. Powers insisted, were part of the poetry.

“You translate yourself when you speak a poem,’’ Mr. Powers told the Globe in 1992. “I think the most important thing for a writer to recognize is that this on the page is one thing. The delivery of the same is a translation. There are a lot of nuances, and lots of times I’ll change words. I’ve never read a poem the same way twice.’’

An activist who gave away everything from the coats he wore to uncounted hours helping the poor, he was a poet and publisher, a teacher and organizer, a man whose great height still seemed too small to contain his frenetic energy.

A series of strokes over the past several years slowed Mr. Powers, then silenced his voice and constrained his mind. He had lived in the North End for many years and was 73 when he died in the North End Rehabilitation and Nursing Center of complications of dementia.

“Boston is full of elite universities and institutions, often very exclusive, where if you don’t have an academic pedigree you’re out of the scene,’’ said Doug Holder, a poet and teacher who at one point worked with Mr. Powers on the Stone Soup readings and founded Ibbetson Street Press. “What Jack did was bring poetry to the people. He published books and had a venue where all kinds of people came through. He opened it up in Boston, which was old and stodgy until Jack brought a populist flavor, a new flowering of poetry.’’

Years before poetry slams made open mike nights fashionable, Mr. Powers insisted that poetry should be an event, something to add to each week’s calendar.

“He really did devote his life to keeping poetry as part of the public discourse, and he did it with great verve and enthusiasm,’’ said poet Gail Mazur of Cambridge. “He wanted to gather everyone into the performance of poetry. In that way, he was a little ahead of his time.’’

The oldest of six children, Mr. Powers grew up in and around housing projects in Roxbury and graduated from Cathedral High School in the South End. A semester studying chemical engineering at Northeastern University was enough to show him his path lay elsewhere.

He traveled to California, spent time in San Francisco, and returned to New England to write about sports for a New Hampshire newspaper. Then he came home to Boston, where he worked in a bookstore and launched a life of social activism.

At various points during the late 1960s and ’70s, Mr. Powers founded a free school on Beacon Hill and started free suppers for the elderly in the same neighborhood. He helped launch free concerts on Boston Common and taught remedial reading at the Columbia Point housing project, where he also organized a food co-op.

“I’m very solid on volunteerism,’’ he told the Globe in 1987, “because the extraordinary weight of problems that visits the modern industrial society can’t be met with dollars alone.’’

Eric H. Sorgman of Randolph, a nephew who acted as guardian for Mr. Powers, said his uncle was known among his relatives for, among other things, donating his coats or gloves to those who were cold or in need.

“He was a philanthropist in the truest sense,’’ Sorgman said. “He didn’t have anything, really, but what he did have, he gave away, and he didn’t want praise or recognition. He felt good about helping other people.’’

Chief among those he helped were other poets. Some wandered into Stone Soup readings at places such as TT the Bear’s and Out of the Blue gallery, its previous and current homes in Cambridge. Others he found at home.

“He taught me about life and how to treat people,’’ said his son Andreas of Boston. “He inspired me to create and was a big influence on my writing. I would always run my writing by him, and he would write things for me. We would write back and forth.’’

Sarah Jensen, a Boston poet who began reading at Stone Soup nearly 20 years ago, said Mr. Powers made the gatherings “a welcoming place.’’

“No matter what level of poetry you were writing at, it was a comfortable place where you could have your moment on stage and be just as welcome as anyone else,’’ she said. “And he would tell stories about meeting and being friends with Lawrence Ferlinghetti and Allen Ginsberg. It was a passing down of his experience to the newer poets, a passing down of history.’’

In addition to his son Andreas and nephew Eric, Mr. Powers leaves his wife, Tamara Oraschewsky of Boston; another son, John Kolya of Boston; two sisters, Cecelia Sorgman and Maureen Daniels, both of Quincy; and two brothers, Colin of Carver and Michael of Florida.

A memorial service will be held at 10 a.m. Oct. 24 in the International Community Church in Allston.

On Monday, Stone Soup will award its second annual poetry prize, named for Mr. Powers. A week later, on Oct. 25 at 8 p.m., the regular Monday gathering at Out of the Blue will be a memorial reading honoring Mr. Powers, who estimated that he stood up thousands of times to introduce poets. The beauty, he said, emerged from the unpredictable mix.

“Our readings are open,’’ he told the Globe in 1993. “A nightingale may come in and sing the most beautiful song, or a bat could fly in and scare everyone. You take some chances, but our audience is ready to listen.’’ 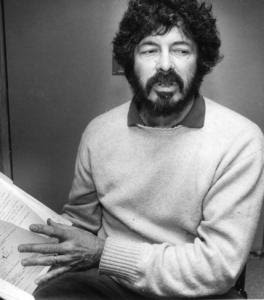 Yesterday Jack Powers died. Jack was the host of the first open mic series I'd ever attended in the late eighties at I time that I hadn't written anything. My girlfriend at the time was a poet and Jack was the leader of the scene. He was an original beat poet, knew or met Ginsberg, Bukowski, Lyn Lifshin and Ferlinghetti to name a few. Basically I was in awe at the command he had at his events but also his acceptance of all poetry. He was the ring leader amongst a large group of Cambridge poets. Nothing ever "sucked", he found value in everything, encouraged the novice (especially if they were women---boy did he have a long list). He'd have his famous friends feature at Stone Soup back when it was held at a few different bars and also feature the local regulars. It was pretty intimidating.


Jack started recognizing me and he read some of my work, quoting some of it back by memory. We became friends the way colleagues or co-workers became friends. I felt validated as a poet to have won his acceptance. We shared beers at reading or should I say, I gave him some of mine.

Here are some links to watch:


Jack basically drank himself to death starting in the 70's. He worked at a church in the North End and brought poetry to people at Nursing Homes in that area. His behavior later became erratic. He went to AA at times and had a strong relationship with God. He had to move to a one room studio. People would avoid him if he drank, embrace him sober. He had two personalities. His brain slowed down in the nineties and he perhaps had Korsakoff's syndrome. At his seventieth birthday party I saw him and he was losing his ability to speak--he could only sqawk out words that were scrambled, difficult to understand in timbre or meaning . He continued to slow , his brain damage more pronounced...not the vibrant man I first met.

A few years ago he lost his ability to speak. He'd show up occasionally to readings flipping through books and asking people to read poems for him.

At this point he stopped recognizing me, maybe he did recognize me but he didn't know me anymore. His last few years he lived in the same Nursing Home he brought his poems and poetry to. Everyone on staff knew him, even though he may have forgotten himself who he was. He had a few strokes in the past months, finally yesterday God took him.﻿
Posted by ctgager37 at 8:54 AM