My year in Publishing, Readings, Podcasting, and Dire-ing (ALL OF THEM) 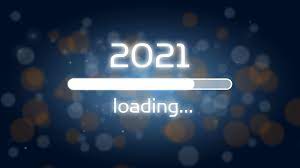 "Spin the Bottle"
February 2021 Bagels with the Bards #14
"Deathiversary: Years and A Day Late"
January 2021 SOS: Surviving Suicide: a collection of poetry that may save a life
Non-Fiction/Essays
October 1, 2021, The Epiphanies Project: Twenty Personal Revelations
"Going From Important To What Was Really Important"
Virtual Appearances/Podcasts

May 8, 2021, Lit Balm hosted by Mark Vincent and Cassandra Atherton

Tis' the Season when Top Ten Lists of the year are presented. Before I unveil my  Top Ten viewed blog posts, lets not forget the Top 10 Christmas Urban Legends seen on the below video (such as tics on Christmas Trees causing Lyme Disease). Speaking of video, Urban Meyer did not make this list, though he probably made a lot of Top 10 Video lists for  2021 for his viral dancing video.  Now how stupid can you be?  And speaking of stupid did the joy of the stupid, "Let's Go, Brandon," chant make it on any smart list?  No.

On my list below, all the links work, and they'll bring you back to the original post, which you can re-read or just read for the first time,  if you are interested.

Here Are the Top Ten Most Read Posts from 2021

Not Happy to Be Closing Out the Year with a Timely Poem: Occupy Forever 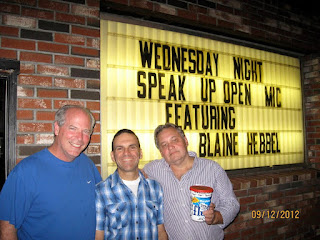 When I heard the news, I wrote a poem, attempting Blaine's style,  titled Occupy Forever, for Blaine Hebbel, and Oddball magazine placed in on their website today, which I appreciate greatly. 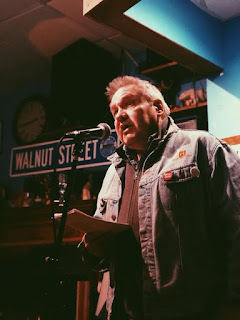 "Occupy Everything," was Blaine Hebbel's (May 6, 1954-December 18, 2021)  rallying cry. It was his mantra, it was how he lived, and mostly how he wanted us all to live. This post isn't a eulogy, I think his obituary does it better than anything I could ever do.

What I do want to mention is Blaine's support of the written word. Blaine would attend the Dire Literary Series in Cambridge, Masschusetts most every month. I could always count on Blaine to attend my own readings  on the North Shore. Sometimes it was only a handful of people, plus Blaine, who never could be described as a mere handful. He read from his work those nights like a giant. His beat-like rhymes always slashed their way to the point which supported those who had less. 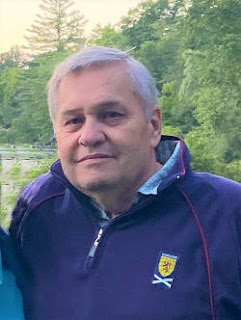 Blaine also curated A Celebration of the American Voice, for three nights in Ipswich at the Hall-Haskell Houe each April. He had the best of the best read their work, and he was a humble and generous host. True to his dedication of those less fortunate, the event was a fund raiser for Ipswich Food Pantry, My Brothers' Table of Lynn and Everytown for Gun Safety.

That's all I have to end the year with. Occupy, Heaven. 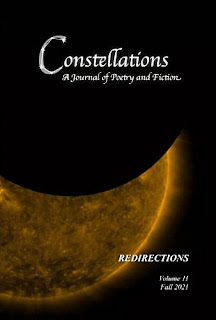 Pleased to end the year with a publication in the anthology put out by Nina Rubinstein Alonso. Two poems written in 2021 "It Happens in Spring," about the phenomena regarding the increase in suicide when things begin to bloom. The second "Covid Fears," is obvious from it's title. The timing is perfect as currently I'm isolated for ten days because of an exposure. I've not tested yet, and I feel fine, but will not be exposing others. 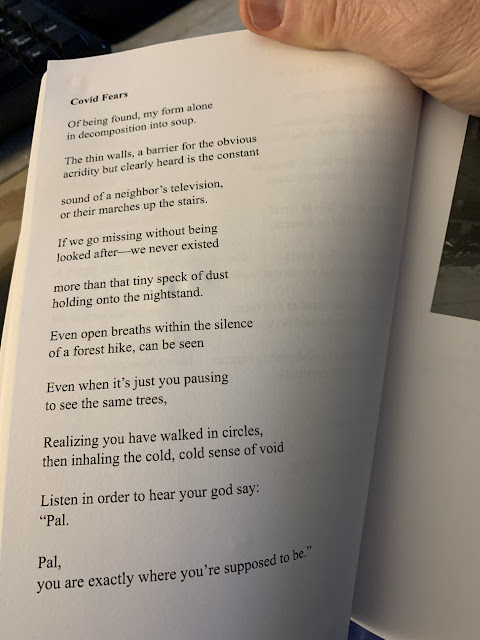 Below the pictures of my work are the full list of contributors, and I've included the people I know or met in red! I'd include a link how to purchase, but if you don't know how to buy a book on-line by now.... 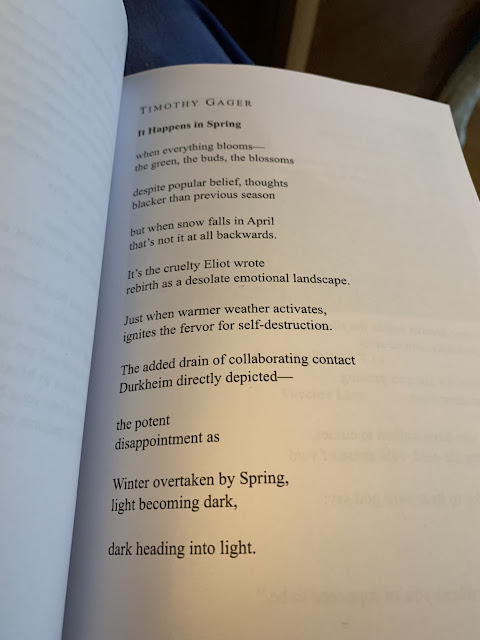 MK Punky: “The Frog in the Water Set to Boil”