Doug Holder and I go way back, almost as far back as The Dire Literary Series. It was nice to sit down and talk to him (in link or see below) for The Somerville Times, about both of those phenomena. Doug has published me, interviewed me various times, on television, or in print, co-produced a writers festival, and remained a supporter of my writing and writing, in general. Many, including myself, can say that their first poem ever published was through Doug, or Ibbetson Street Press.

The longer version about the end of the series is that it just seemed to be time. Between looking for new event locations twice in the past six months, many author/poet cancellations, and having features booked through October--sometimes there is patterns in coincidences. It was very generous of The Middle East to house the series December-July, but being told by the bartender rather than the owner that the room would cost $200 after July, was the icing on the cake. I challenge the assertion that they would do a better food business from 3-5PM on a Saturday, as the guests, and audience for Dire in the last 6 months, ate, drank during that time. I think it's all about his afternoon drinking buddies being hushed because an event is happening, in which, they are being rude by talking over it. I am a little melancholy about the end of the series, and I'm sure the final event will be very emotional for me. The final line-up is still being confirmed, as I write this.

The article also mentioned what I'll do next. I'd like to confirm, that yes I'm looking for an agent for my next book, but the synopsis given, certainly doesn't allow for the optimal hook--so here it is: 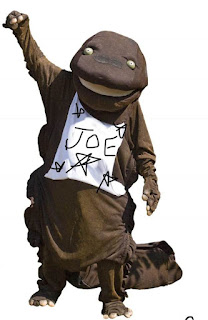 Joe The Salamander (69000 words) follows Joe, a quirky man, mostly, from birth through age eighteen. Joe, a born people-pleaser, only chooses to say the word, "Yes," to everyone, except his mother, Mille, who he has unconditional trust with. The other woman in his life, Laura, his nurse on-duty at the time of his birth, becomes a life-long friend of his and his family.
Joe, overwhelmed by loud or extreme stimuli gets through life by wearing various costumes but loves Superman in his various television/movie forms. As he gets older, he finds comfort by wearing a Superman costume under his regular clothing. It is only after his parents die tragically on 9/11 that Joe stops feeling safe through the Superman strategy, because even Superman couldn't prevent such a catastrophe.
Throughout the novel, Joe's inability to successfully interpret life's sights and sounds, combined with his singular word language use, causes him to be placed in situations which work out in ways, not intended. His mother tries to increase Joe's independence so he could eventually survive on his own, but after her death, Joe is left to figure things out on his own.
As he hits his mid-thirties, and entirely by desperation, he goes to the local costume shop to buy the bigger, and better Superman costume he had seen to help him to re-enter society using an old coping mechanism.
Joe The Salamander, takes a sensitive, and human look at what it is like the stimulus of the world are challenging, and also how misunderstood and beloved people are within the spectrum.

Here's the article, and check the Dire Literary Series website for any updates.:

Timothy Gager talks about writing and the swan song of the famed Dire Literary Series.

As you know my usual home away from home is in the Bloc 11 Cafe in Union Square, Somerville. But on this day I was to meet with an old friend Timothy Gager, at the Diesel Cafe in Davis Square. The Diesel, although a sister store of the Bloc, has a decidedly different vibe. The space is larger and the crowd seems more eclectic. The baristas seem to dress more radically, and there is almost a friendly but militant sensibility to them –pardon the oxymoron.

On this morning in June, Gager (Who I founded The Somerville News Writers Festival with back in the day), joined me at my well-appointed booth. His arm was in a sling from an athletic injury, and he had a fashionable stubble on his chin—with touches of gray.  Gager looks like a man who always seems to be on the cusp of a joke—but make no mistake—Gager is a serious dude.

For 18 years he has directed the Dire Literary Series—which started at the Cantab Lounge in Cambridge,and then at the Out of the Blue Gallery, when the gallery was located in several spots in Cambridge. It is currently held at the Middle East Restaurant in Cambridge; its last readings will be in the Arts Armory on Highland Ave. in Somerville. The swan song, the final act, the reading where the fat lady finally sings, will be Oct 12, 7PM. I am honored to be one of the readers—the others will be announced in the coming weeks.

The Dire Literary Series is on the tip of many writers and poets tongues in the region and even across the country. Gager has curated a wide-range of novelists, essayists, fiction writers and poets over the last 18 years. The list is impressive including, Steve Almond ( Who now has a column in the New York Times), Tom Perrotta, Jennifer Haigh, Sue Miller, Alex Beam ( Boston Globe Columnist), DeWitt Henry ( Founder of Ploughshares Magazine), and the list goes on.

But the times are changing, and it's wind has swept into the protective cove of Gager's series. There are higher costs and the transient nature of the venues, as well as other factors that made Gager think that it is time to call it quits.

I asked Gager about any memorable moments he had at the Dire. He reflected and smiled to himself, “There was this writer Gary Kadet, who wrote an S&M novel. He use a long whip as a prop. When he cracked it, Tom Perrotta almost jumped from his seat.”

Gager, who was the publisher and editor of the Heat City Literary Review, and the Wilderness House Literary Review, revealed the pleasure he feels when an emerging writer who started out in his open mic—then published a book of his or her own, comes back as a featured reader. He stated, “ It is really gratifying to see people grow in their writing.”

I asked Gager about changes in the writer's scene. He reflected, “ People don't seem to have the attention for longer fiction—it is more flash fiction these days. He continued, “Also—I see the inequality for women writers has lessened. Years back it was much more male - dominated. Men read men's novels and publish each other's work. Now that these inequalities are being pointed out—adjustment are being made."

Gager told me that his first two readers were writer Alex De Suze and Nick Zanio. He revealed that he has hosted 200 reading and hundreds of writers during his tenure at the series.

Gager told me he will not go gently into the night. He will actively concentrate on his own work. He wants to secure an agent. I asked him about the latest novel he is working on. He said, “It concerns a guy who has Asperger's, a bunch of strong women, and a host of insensitive men.”

Gager, a man with a busy schedule had to take leave from the Diesel. So we parted ways, shaking hands—silently noting our history of literary citizenship. 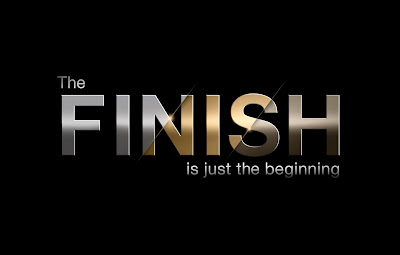